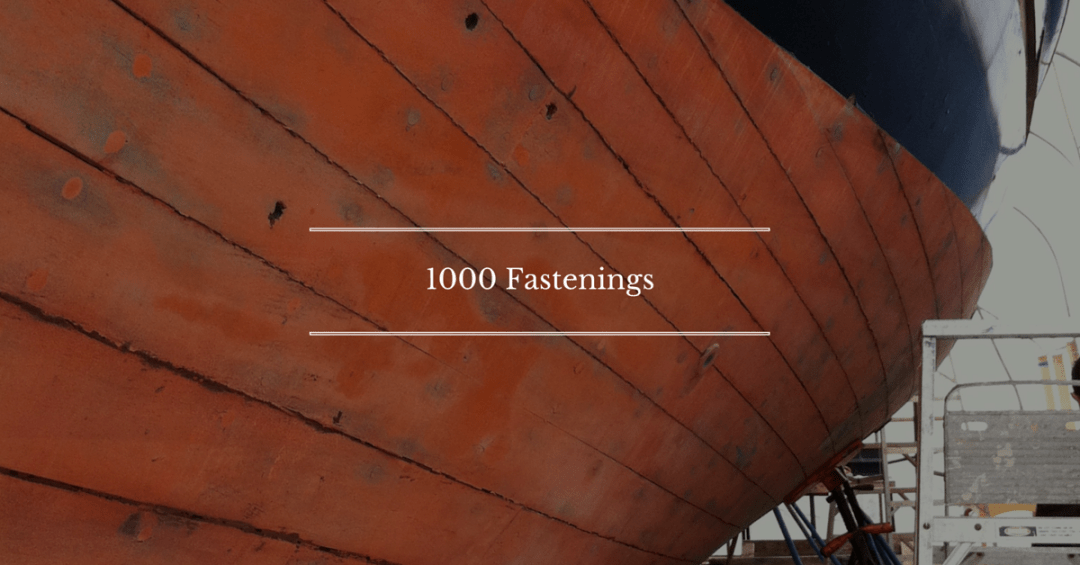 So, this week we started several projects. 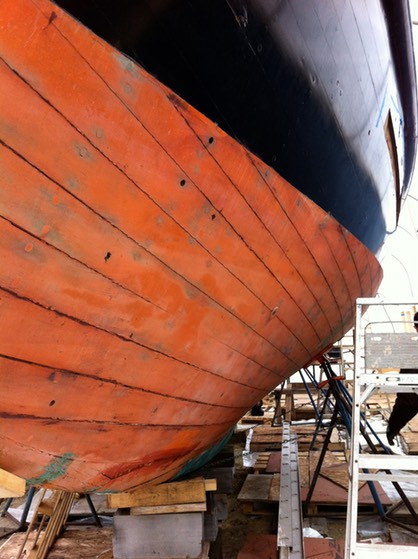 The shed, itself, continues to demand a certain amount of attention, mostly when we have wind events, which we seem to have almost every other day in Maine. I just don’t remember Maine being quite this windy, but then I never had a shed collapse on me before, either, and so I’m sure it is my reticular activating system kicking into gear (that’s the part of your brain that sees red convertibles everywhere, every day,  once you’ve decided you want one). I am aware of wind speeds all day and night!

But in spite of the wind, we are starting projects on board. I’ve spent the past few days experimenting with everything I’m planning on doing, just to get a feeling for what’s involved. I took the silent paint stripper on board and addressed two projects: part of the bulwarks and also part of the interior of the main saloon. The bulwarks will be very straightforward, albeit time consuming. The interior of the main saloon will be a bit more complicated, as I’ll be doing much of the work while I’m upside down. I’m likening myself to Michelangelo and that is giving me strength.  I’m amazed that he was able to create a painting upside down. I’m just trying to strip old paint off. I figure an hour a day in the worst locations will be a good plan. So much of this work for me is psychological, and metering out these big projects into small time blocks is keeping me from getting too overwhelmed.

First, we’ve calculated that there are approximately 1000 fastenings in the hull. The number is daunting, but I figured if I removed 15 a day, that in 66 days, I’d have them all out. I was also assuming that my calculations would be extreme, as I’d get better at the process, and be able to do more, or, do 15 in the morning and 15 in the afternoon.

So, to test my ‘plan’ I headed out to the shed, noted my time (9:40 am) and began at the port bow, because Henry would like to start there with the fastenings. I picked a nice spot that was easy to reach without a ladder and didn’t require that I gyrate into any unusual shape to get the job done (unlike stripping the paint under the deck in the main saloon). Well, the first bung was the devil incarnate. I tried every tool, and got nowhere but a mess. I am, of course, trying to protect the integrity of the plank surrounding the bung, and, theoretically, I should be able to remove the bung and leave a nice clean, round hole, through which to extract and replace the fastening. I’ve had several conversations with both Henry and Leita about this process. Henry was an advocate of using a screwdriver and hammer. His technique sounded simple enough – drive the screwdriver into the bung  across the grain with a hammer, give it a twist, and the bung should pop right out.

Leita said she used a chisel at The Landing School, but said the technique was similar – drive in a small ‘beater’ chisel (one you don’t care about ruining) with a hammer, give it a twist, and, presto, out pops the bung.

Well, at first I doubted my tools. The screwdriver did nothing but create a wooden oatmeal out of the top layer of the bung. Then I doubted the hammer. I had started the process with a relatively small hammer, because I know that my arms aren’t up to snuff with the big steel one we have. The small hammer felt like I was trying to simply bounce a hammer off the top of a screwdriver, so, that plan was scrapped, and I tried the ball peen hammer. After realizing that made no difference, I switched to the heavier hammer, but still, no salt.

My next approach was to try the chisel. This had the same useless results. Of course, the other dynamic that was going on with every twist of screwdriver or chisel was that I could see that I was creating fissures in the plank around the bung hole. The twisting, even though being done with inadequate technique and strength on my part, was still sufficient to create exactly the kind of damage Henry had warned me about – and did I mention I had started below the water line? With visions of my bung removal technique being responsible for bringing down the ship, I had to find a better way.

I struggled through 6 bungs, all suspiciously bedded in some kind of white adhesive, which I’m hoping, at this point, is not 5200 or epoxy. It took me 50 minutes. My 15-bungs-a-day plan was doomed, as my right deltoids and biceps were exhausted. I contemplated giving my right arm a break by trying to become ambidextrous in this task, but using my left arm would probably scale the timeframe up to 2 bungs an hour, if I were lucky.

Fortunately, there’s the Internet. I came inside feeling quite intimidated by the project, and immediately did a Google search for removing bungs from old, wooded boats. There are, of course, lots of opinions about this, and I read them all. In one forum, people were quite testy with each other, even calling each other names (and this was one of the Wooded Boat forums – I would have thought that set would be above such behavior).

After much reading, my favorite discovery was the thought from one contributor who noted  that if the person who put the bungs in that you are trying to remove really loved you, they put them in with varnish, if they didn’t love you, they put them in with glue, and if they were mean and hateful, they put them in with 5200 or epoxy. I don’t take the installation of our bungs personally, but clearly, they opted for the route of glue or 5200. It doesn’t feel hard enough to be epoxy, but that is yet to be discovered. I will be putting our bungs back in with a simple coat of varnish, and, God willing, they will pop out with a twist for the next refastening, 75 years down the road.

There were also lots of posts about drilling the bungs out with a sheet rick screw or other similar set up, but from what I can see, this would still assume that the bung itself would just twist out, which clearly isn’t going to happen in our case, given the adhesive. What I did note on the hull was that where the yard had removed a few fastenings, the holes around those fastenings are suspiciously perfect, causing me to wonder if there was a drill bit which would do the job fairly easily, and cleanly. I found what I think they used – a brad point drill bit.

So, the route we will take is to buy (tomorrow) this bit for $8.95. Supposedly, it will drill out the old bung and is designed to hit the top of the new fastening, and leave a clean edge. I’m not sure what happens with the adhesive that’s in each bunghole, but we’ll find out. In the meantime, I have hope again that this isn’t an insurmountable project, and that I can remove the bungs without creating any damage to the planks.

In the meantime, Henry is having a wonderful time prepping everything we’ve pulled off the boat for varnish. The galley table is almost ready to go, as are many pieces from the galley. The floorboards have been cleaned and sanded, and the debate is whether or not to coat them with varnish. It would be nice to have them sealed, so they don’t get as filthy as they are now, but varnish and water make for a slippery surface under foot, so we’re waiting to make that decision, and exploring other finishing options for them in the meantime. 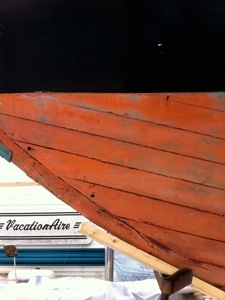 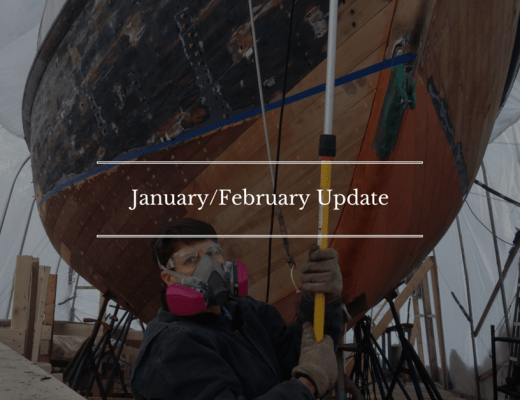 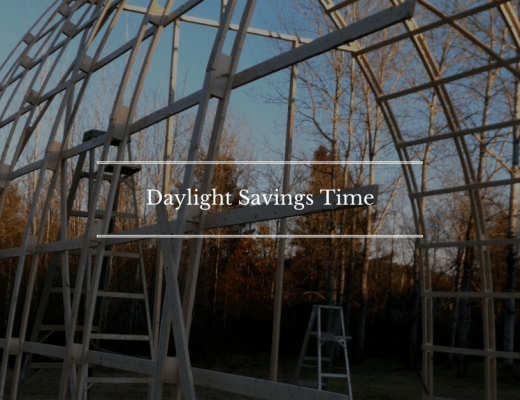