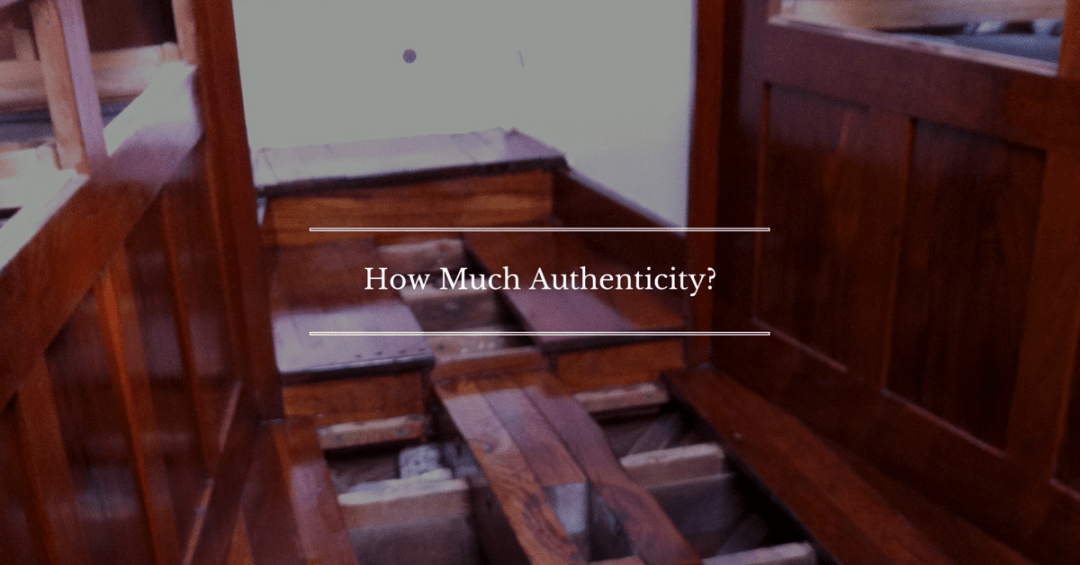 One of the challenges of working this project has been to decide how much stays ‘as is’ simply because that’s the way the boat has always been. 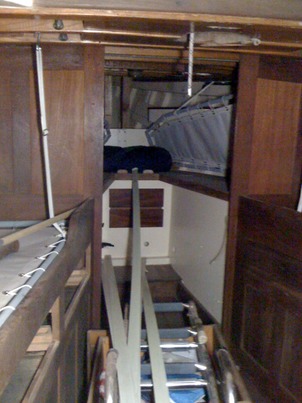 This is how things looked after the boat yard 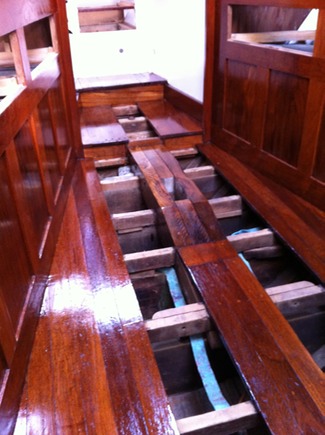 This is how things look after the 2nd coat of varnish

We are, of course, somewhat limited in this process by how much work we are willing and able to do, but with the work we can do, we continually wrestle with this question.

Arabella has always been beautiful, and she has been sailed hard for many years. She has also been fairly ‘workmanlike’ in her appointments, as the focus has been on the sailing, the cruising, and the experiences those activities brought with them.

So one of our earliest decisions was perhaps one of the most heretical – to refinish her interior from a simple oiled finish, to a bright finish. We discussed this long and hard, knowing that it would dramtically change her ambiance. In the end, we made the decision to have everything below be bright, for several reasons. Since our goal is to live aboard for a period of time, we both agreed that a bright finish is easier to keep clean. Oiled wood attracts dirt like a magnet, and as you can see from the top photo, even just sitting in a yard, she managed to get amazingly filthy. So, varnish (we hope) will assist us in keeping things cleaner.

We also know that the boat is getting on in years, and that the best way to preserve wood is to seal it. We are endeavoring to keep as much of the original wood on board and in place, as possible, and so by sealing it with varnish, we should be able to add many more years of service to that wood’s life.

Once we had decided to go bright below, we then had to decide ‘how much?’. There is a lot of teak below, and when we pulled her from the yard, she was not only dirty, but also very dark. We initially thought that painting some of the solid bulkheads would lighten up the interior, but, here again, it would change the feeling below significantly. In the end, after holding up large pieces of white paper all over the place to see how ‘white’ might be, we only painted two bulkheads – both in the head, which is a small, dark closet (when in use).

The process of cleaning her teak, and then varnishing it, has to be one of the most enjoyable tasks at hand. The transformation is dramatic, and so it brings with it a tremendous feeling of accomplishment and completion (a feeling I long for daily with this project!), and the varnish also reveals the incredible beauty of the wood. Now, obviously, I am a wooden boat person, so I’m a bit biased about wood to begin with, but the teak on Arabella is nothing short of spectacular. In most cases, we assume it came from Burma in the 1930’s, and was old before it found it’s way into a saw mill. The depth and richness to each board is mesmerizing, and having it bright only magnifies the color, the grain and the beauty. So we are glad for this decision.

On another front, in the process of stripping the hull for the refastening, we found two perfectly scored lines just above the waterline, which would indicate that (at some point) she sported a boot-top. Our former boat, Caliope, a Herreshoff 28 (which we also completely restored) had a boot-top, but she was bright on deck, had a white hull, relatively limited freeboard, and the boot-top added some definition to the hull.

Arabella, on the other hand, has white bulwarks, a very large bow, and is a different shape altogether. Neither of us had ever seen a photo of her indicating a boot-top, although in the original plans, we can see one drawn. Here, too, we spent some days and some time wrestling with what to do. Return to what could have been an original paint scheme, or stick with what we’ve always known? Henry went out and taped up the boot-top lines, so that we could try to get a sense of the visual, and what we noticed first was that the scoring didn’t match the design drawings. The design had the boot-top encompass the bobstay tang, but the scorings were both above that. We also found that even with bue painter’s tape delineating the marks, this was a hard concept to ‘see’ in a narrow boat shed. Lastly, in trying to picture the details, we knew we would have to chose a color, which neither of us could imagine any which might work. In the end, we pulled off the painter’s tape and will stick with the waterline as is. 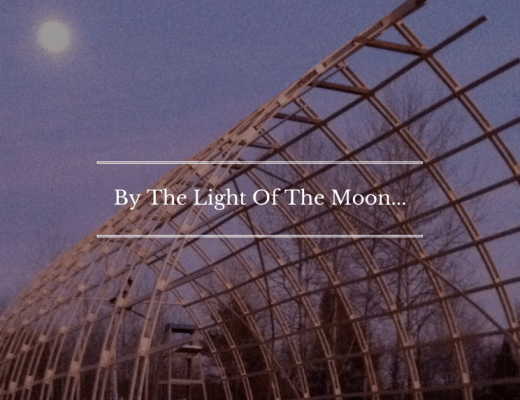 By the light of the moon… 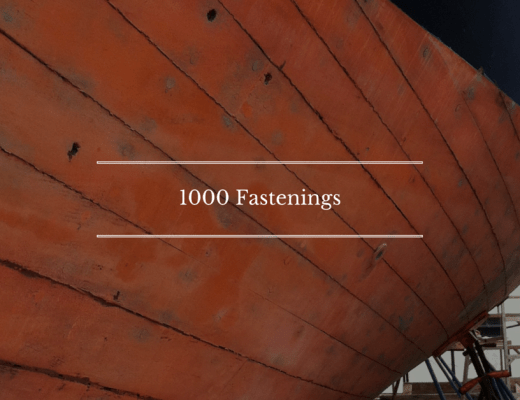