I never mind what is It’s been an interesting few days, and fortunately, I have, stuck in my head,  a line from one of Eckhart Tolle’s books, where he quotes a very spiritually enlightened soul, who reveals his secret to living a life of peace as the following: “I never mind what is”. 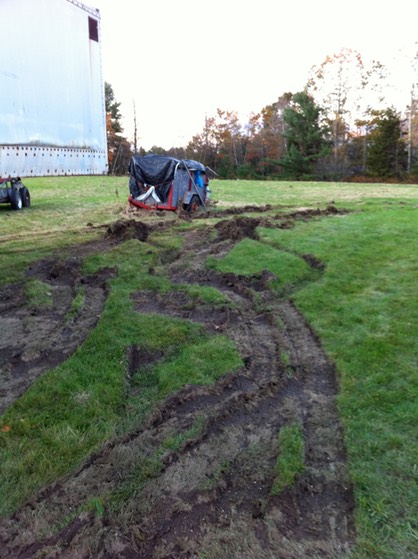 It is a simple phrase, and I’m sure I’ll understand it at greater depths as life moves forward, but right now, I’m simply applying it pragmatically.

We had hoped to have a super productive day on Monday, but ran into an amazing series of glitches. We were getting so speedy at building the bows that we were outpacing the life of the batteries on our cordless drills (or so we thought). Turns out, while we were faster than the previous day, we weren’t really faster than battery life, they just weren’t holding the charge very well, or very long, and they weren’t taking a new charge quickly (or at least as quickly as we thought they used to). So we took a ‘short’ trip to the various hardware stores, and after 3 years, just like computers, our cordless drills are outdated, and replacement batteries are available, but only by special order, and at vast expense. So we simply bought a new drill, with two batteries, and all sorts of other attachments, for half the price of one replacement battery. I find this such an odd aspect of consumerism. I appreciate the inexpensive power tool (and this one at least comes with a lifetime warranty on everything, so if/when we need a new battery, the replacement will be available), but what to do with the old batteries and the old drills? We will recycle, for sure, but these drills aren’t old, work fine, and it seems so sad to have them be obsolete.

The whole power tool dilemma ended up taking a few hours, by the time we drove from Lowe’s to Home Depot, in an effort to find someone who had batteries for our brands. We returned to the construction, and the owner arrived with the news that the trailer he had purchased was going to be delivered in the afternoon. When the truck arrived, it pulled in nicely, and then promptly sank to the axels of the cab, in the topsoil of the field. We knew the field was a bit wet (we’ve had a lot of rain) but NO IDEA that it was that wet or that deep. After many, many hours of a tow truck trying to figure out how to leave the trailer and extricate the cab, the field was deeply scarred and we were wondering how on earth we were going to get the boat into this shed. 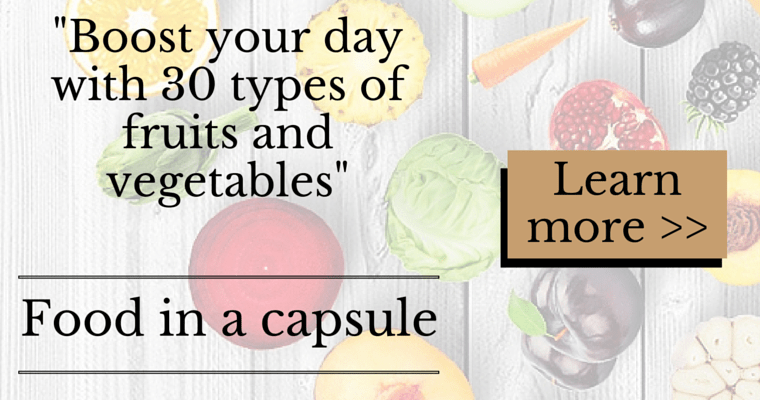 To put things into perspective, the tractor weighs about 18,000 pounds, and the boat (without the truck) weights 27 tons. The truck would add about another 20,000 pounds. So the initial thought is to wait until the ground freezes. After meeting with a terrific couple yesterday, who are looking at joining our Juice Plus team, we learned about another option – temporary roads. There are companies that sell and rent these plates which can be put down on the ground to create temporary roads, parking, walkways, for events held on grass, or put down simply to allow access for heavy equipment into grassy areas. We now need to find out what the heck these things are called, and figure out who rents them. In my mind I’m thinking we should cover the base of the building with them, for the duration of the work on the boat, and then pull them out to create the road back out of the shed, but we’ll see.

So, after a long day of panic, thinking that we wouldn’t get the boat here until early January (when the ground is truly frozen) I have another plan, and I am realizing that my worries were all for naught. Yet another example in my life of Mark Twain’s comment, ‘I have been through some terrible things in my life, some of which actually happened.’ I have decided to adopt (whenever I can remember) that sage’s perspective, I never mind what is, because I’m pretty sure that sooner or later, everything will work out, so I may as well feel relaxed about it sooner, rather than later. 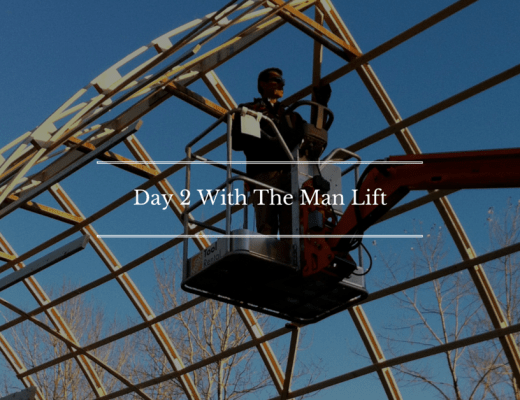